The Legend and Story of Mount Bromo 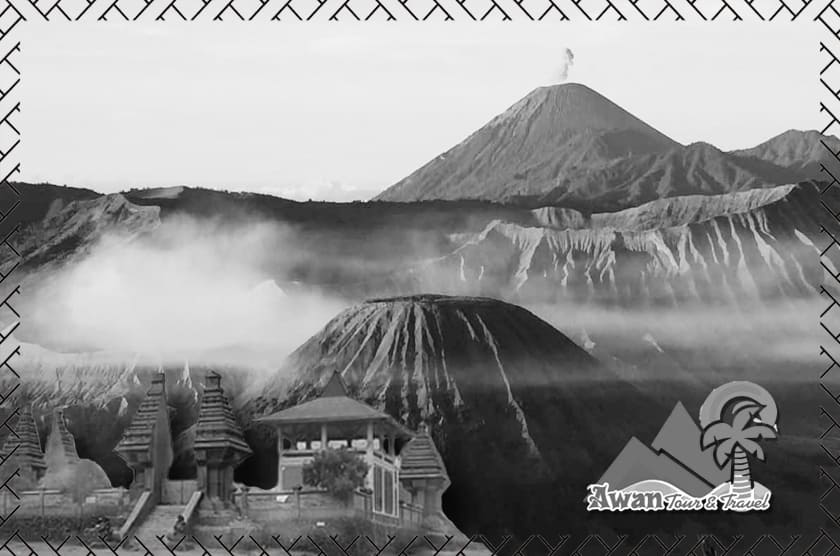 Summary: The legend of Mount Bromo describes enthralling story between a beautiful, smart daughter of priest and an evil giant that caused the emerging of Mount Bromo.

The story may have several variations depending on who tells it, but they generally revolve around a girl called Rara Anteng and a giant that wants to force her to marriage, as well as her love story with Joko Seger.

Rara Anteng and Joko Seger; The Legend and Story of Mount Bromo

The popular version of the legend of mount Bromo goes like this: once upon a time, someplace in Mount Pananjakan, there was a woman who gave birth to a beautiful baby girl. The girl, said to be the descendant of a god, did not cry when she was born.

Because of this, the name Rara Anteng came (“anteng” is a Javanese word means “calm”). She grew up into the most beautiful girl that attracted so many young men in East Java.

Rara Anteng was not interested to all the men that fell in love with her. It’s because she already set her heart for someone else: a handsome priest’s son called Joko Seger. However, there was a pirate (some said a giant) who fell in love with her and intended to force her into marriage.

He boasted to Rara Anteng about his magical skill and what great things he could do. Since Rara Anteng was a soft-spoken girl, she could not refuse him loudly. Therefore, she asked the pirate to prove his words by building her an ocean in the middle of mountain with coconut shells in one night.

Rara Anteng was worried when she saw the progress the pirate made. Therefore, she concocted a plan to foil the plan. She pounded rice using traditional mortar and pestle hard, creating sounds that woke the roosters.

Hearing the roosters crowing, the pirate thought that he come late. Upset and disappointed, he threw his coconut shell away, which fell next to Mount Bromo and turned into a new mountain called Mount Batok (“batok” is a word for coconut shell). Rara Anteng and Joko Seger were finally able to be together.

How Tengger People Were Born

The popular History and legend of Mount Bromo did not stop at the marriage of Rara Anteng and Joko Seger; they later became the first rulers of Tengger people.

They built a settlement and became a pair of rulers called Purbowasesa Mangkurat Ing tengger. It literally means “The Benevolent Tengger Rulers.” The name “Tengger” was allegedly taken from parts of their names, Anteng and Seger.

However, they grieved before they did not get children after years of marriage. They later climbed to the top of Bromo to pray. They can then get children, with the condition that their youngest child.

Was to be sacrificed to the gods

Rara Anteng and Joko Tengger had 25 children. But since they did not want to sacrifice any of their children, they tried to avoid fulfilling the promise. This made the gods angry and Mount Bromo spewed smokes and fire as the result.

The fire later claimed the youngest child of Rara Anteng and Joko Tengger, dragging him into the crater. The child’s spirit later asked his parents to give offerings at the same time every year to Mount Bromo to appease the gods.

This legend of Mount Bromo became the background of Kasada Ceremony Tengger people did every year.

Thank you for reading about The Legend and Story of Mount Bromo. I hope it will be useful of you if want to know more about Bromo in east Java.

Get in Touch With us for Reservations.

You can easily do booking via email or text; then our customer service will get back to you as fast as possible with the best package and price for you!