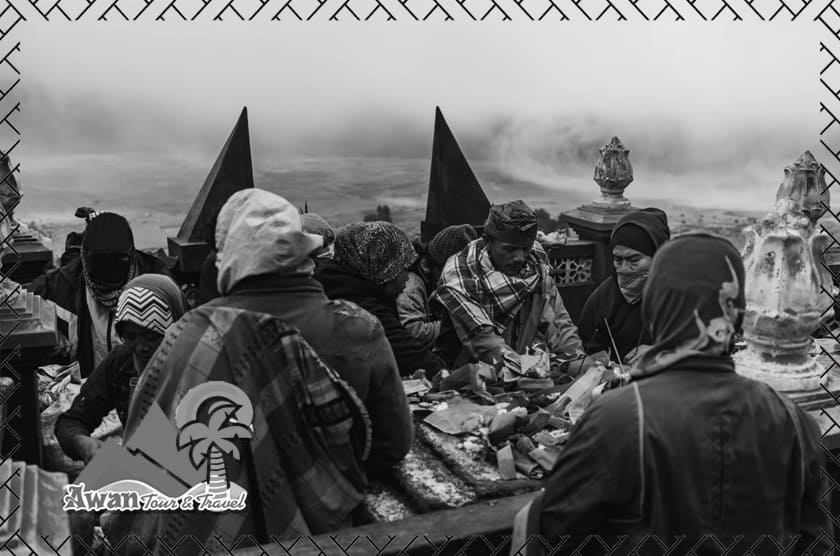 Summary: Tengger Tribe of Bromo (Indonesian: Suku Tengger) lives in Mount Bromo area. It is famous for their resilience, friendliness, horse riding skill, and their insistence to keep their tradition alive.

What to Know about Tengger Tribe at Mount Bromo

Mount Bromo, the iconic natural attraction in East Java, is also a home for Suku Tengger. They are the native of Bromo, living in Mount Bromo and Bromo Tengger Semeru National Park. Many of them have spread and live in surrounding regencies such as Malang, Lumajang, Pasuruan and Probolinggo. Tengger people have really unique kindness; they are very close to nature and practicing ancient beliefs that rooted from Hindu religion. But they are also very friendly and welcoming to travelers, including from outside Indonesia.

Popular legend about the origin of “Tengger” name is the story of Jaka Seger and Rara Anteng. They are the first rulers of Tengger people (the name was short from “Anteng” and “Seger”). Their story included a pirate with magical skill who tried to woo Rara Anteng. But, they failed and caused the emergence of Mount Batok, and also the death of the couple’s youngest child in Bromo crater. This later created the tradition of giving offering to Bromo crater every year. Tengger people also believe that they are the descendants from Majahit people; Majapahit is the biggest Hindu kingdom in Indonesia during the 15th century.

Most of the Tengger people members practice Hindu as primary belief, but they only have one temple, called Puten Bromo Temple, which is located in the middle of Bromo plateau. The name “Bromo” itself is a play of “Brahma,” the creator god in Hindu mythology. However, the Hindu form they practice is different from the one in Bali or India, with their own distinctive traditions, customs, and ceremonies.

Customs and Traditions of Tengger Tribe

The people of Tengger still hold many of the traditional customs, which are shown from their daily life. For example, they live from farming, although many of them also make money from tourism industry. Suku Tengger also practices living harmoniously with nature and acting humble when it comes to regarding the mountains and surrounding nature. Also, they speak primarily using Old Javanese. It is a language without “caste,” unlike most of Javanese people. They often switch between High, Common, and Low Javanese depending on the situation.

Members of Bromo Tengger also practice various festivals and traditional ceremonies, especially when it comes to marking important life events such as birth, wedding, harvest, house-building, and funeral. Their annual Kasada Ceremony, which is marked with the giving of offerings into Bromo crater, is the main annual ceremony that is often witnessed not only by surrounding people, but also tourists.

Since Bromo is a popular travel destination in East Java, Tengger Tribe are familiar with tourist. They even serve to their needs. Many Tengger people rent their houses. Tourists also enjoy the friendliness and warmth of Tengger people. They are also skilled horse rider and often rent horses for tourists to explore Bromo. In the end, Suku Tengger members are group of people who live harmoniously with nature. Hold on to their culture and belief, yet very welcoming to visitors and bring life to Bromo.

Get in Touch With us for Reservations.

You can easily do booking via email or text; then our customer service will get back to you as fast as possible with the best package and price for you!